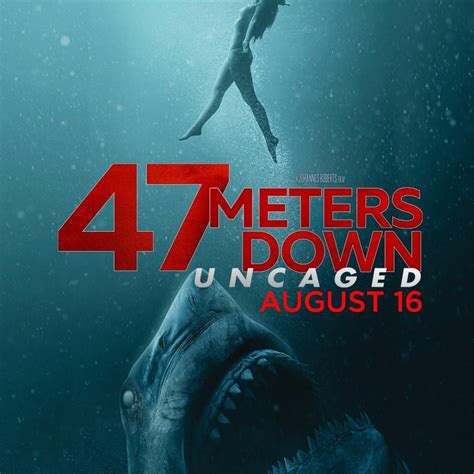 Before I get into this movie review, here’s a quick shoutout to the guy in the row ahead of me, in Auditorium #11, in row F, seat 3, Friday, August 16 at the 9:50pm show at the Cinemark XD Theatre on Arden in Sacramento. He was on his iPhone X for most of the movie, texting and browsing through his apps. I politely asked him to put his phone away for the duration of the film. He not so politely declined to do so.

But that’s a topic for another day!

Today, let’s take a look at the new 47 Meters Down: Uncaged. In a nutshell, it’s more Sharknado than Jaws.

That’s not to say that Uncaged is a bad movie. It’s just not a great one.

It IS a funny one. I’ll never be able to listen to The Carpenters’ “We’ve Only Just Begun” again without smiling. And it includes homages not just to Die Hard and Jurassic World, as well as to the Spielberg classic that started it all, but also to one of Jaws’ direct descendants, Deep Blue Sea.

That homage in particular had me literally laughing out loud. And I’m not at all sure that that was the reaction that director Johannes Roberts wanted from his audience when that verbose character became shark food.

47 Meters Down: Uncaged is a descendant in its own right, to the 2017 film 47 Meters Down. It’s not a sequel per se, as the movies don’t share a common narrative thread. This new one is just another flick about insatiable great white sharks.

And speaking of descendants, this movie’s cast features two of them: Corinne Foxx and Sistene Stallone, daughters of Hollywood legends Jamie and Sylvester, respectively. Both are serviceable in roles that, as they should be, are secondary to the big fish. Nia Long could have elevated the acting in this flick, but she was woefully underutilized.

Like the best of the big screen’s films of this genre, the movie picks up exponentially when the monster finally shows up. Like the worst of them, it takes too long for the shark to make his (her?) first appearance in Uncaged. I couldn’t have cared less about the all of the backstory: bullying in high school, blending, interracial families, blah blah blah. Enough with the appetizer — let’s get to the main course!

And ironically, 47 Meters Down: Uncaged jumps the shark a couple of times. First, there is no way Foxx and those ass-length extensions are going scuba diving. Also, it’s not much of a spoiler to tell you that everyone who goes down into the water isn’t coming back up out of it. But the unbelievably well-placed rescue device almost caused me to get up and walk out of the theatre.

This movie could have been called 47 Meters Down: Unfathomable.

That said, the film provided a great, escapist night out with the hubs. Just try not to sit behind someone who’d rather watch his cellphone screen than the huge one at the front of the theater.

47 Meters Down: Uncaged is playing in theaters everywhere.

Most of those theaters have signs like this posted throughout the building: 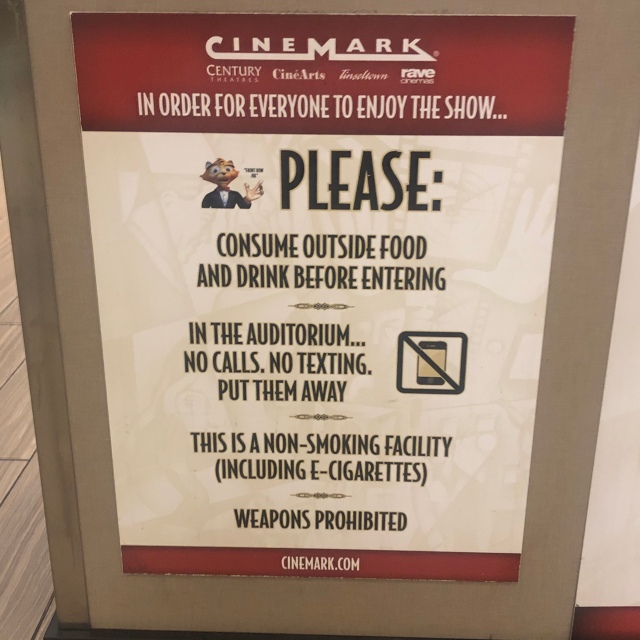